Work > Flight of the Dodo

Flight of the Dodo is a hand carved walnut bas relief that gives long overdue flight to the extinct dodo bird -- one final renaissance-style ascension into the heavens, borne aloft by seraphim pigeons whose winged adaptability to humanity allows them to proliferate where the dodo, flightless, was doomed.

Quoted from curator Jennifer Scanlan's essay for the catalog of my show, Flight of the Dodo: "The dodo, flightless, was doomed. Found by Dutch sailors on the island of Mauritius, it was a trusting bird, without the instinct or the skill to escape human hunters and the animals they brought with them. In the central work of her exhibi- tion Flight of the Dodo, Laurel Roth imagines the dodo’s one flight--ascension into heaven, borne aloft by pigeons. The dodo’s ascension in the exhibition’s carved and gilded centerpiece echoes those of Jesus and the Virgin Mary in the Christian cosmology, prevalent themes in Western art history. While Roth makes this reference with tongue firmly in cheek—the dodo makes for a ridiculous religious symbol—she is also very seriously considering the ways in which humans interact with nature. The dodo, hunted to extinction became a figure of myth; the pigeon adapted to human society and proliferated and became a figure of derision." 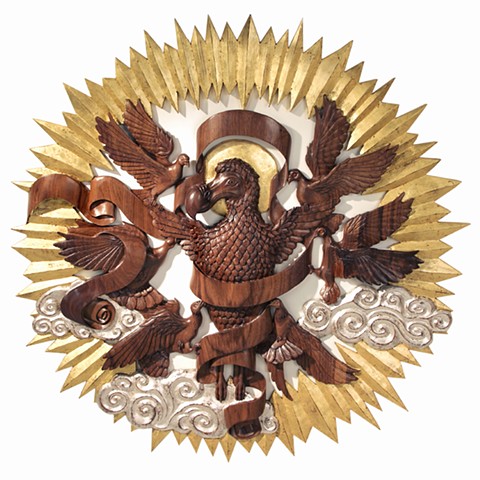 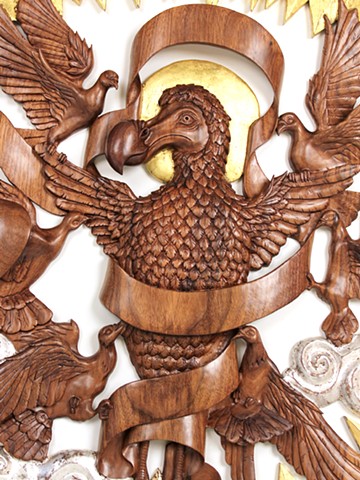 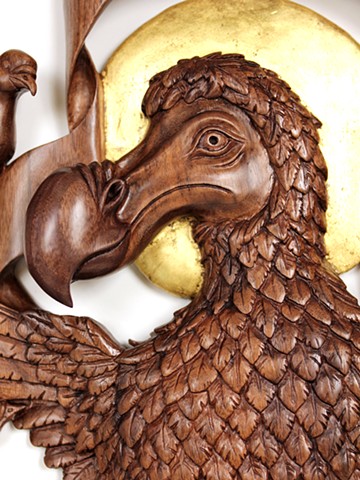